Saturday the 21st of June saw the start of the All Ireland Athletics Championships take place in a sunny Tullamore. It was the turn of the younger members of the club to carry the flag. First up were Hannah and Abbie in the girls under 9 60m. This is a team competition run on times where the total time of each pair decides the results. The girls finished a very commendable 4th. The girls under 9 turbo javelin saw Maria and Ellen take part but were out of the medal places. In the  boys under 11 long jump Danny and Ross while having the same joint score as Midleton were placed second by virtue of the Midleton boys having the longest individual jump. The boys under 11 relay team of Danny, Ross, Alex and Sean finished second in their heat but were unable to reproduce the same performance in the final and despite a battling performance finished out side of the medal well done to all.

On the same day in Santry Tom Deasy represented in the U17 inter-provisional in the high and triple jump where he finished 4th and 5th respectively with new pb’s of 1.80m and 12.03m 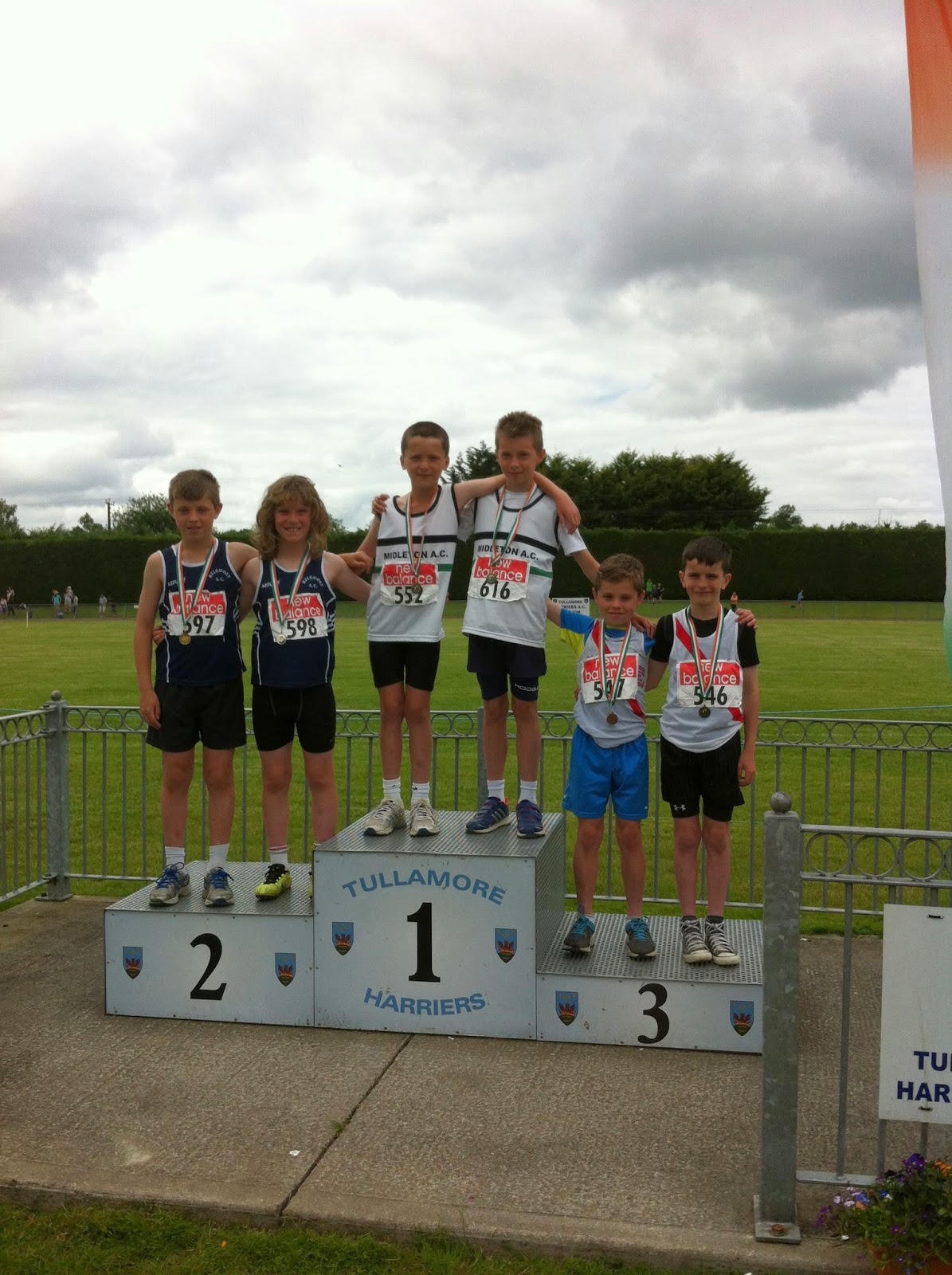