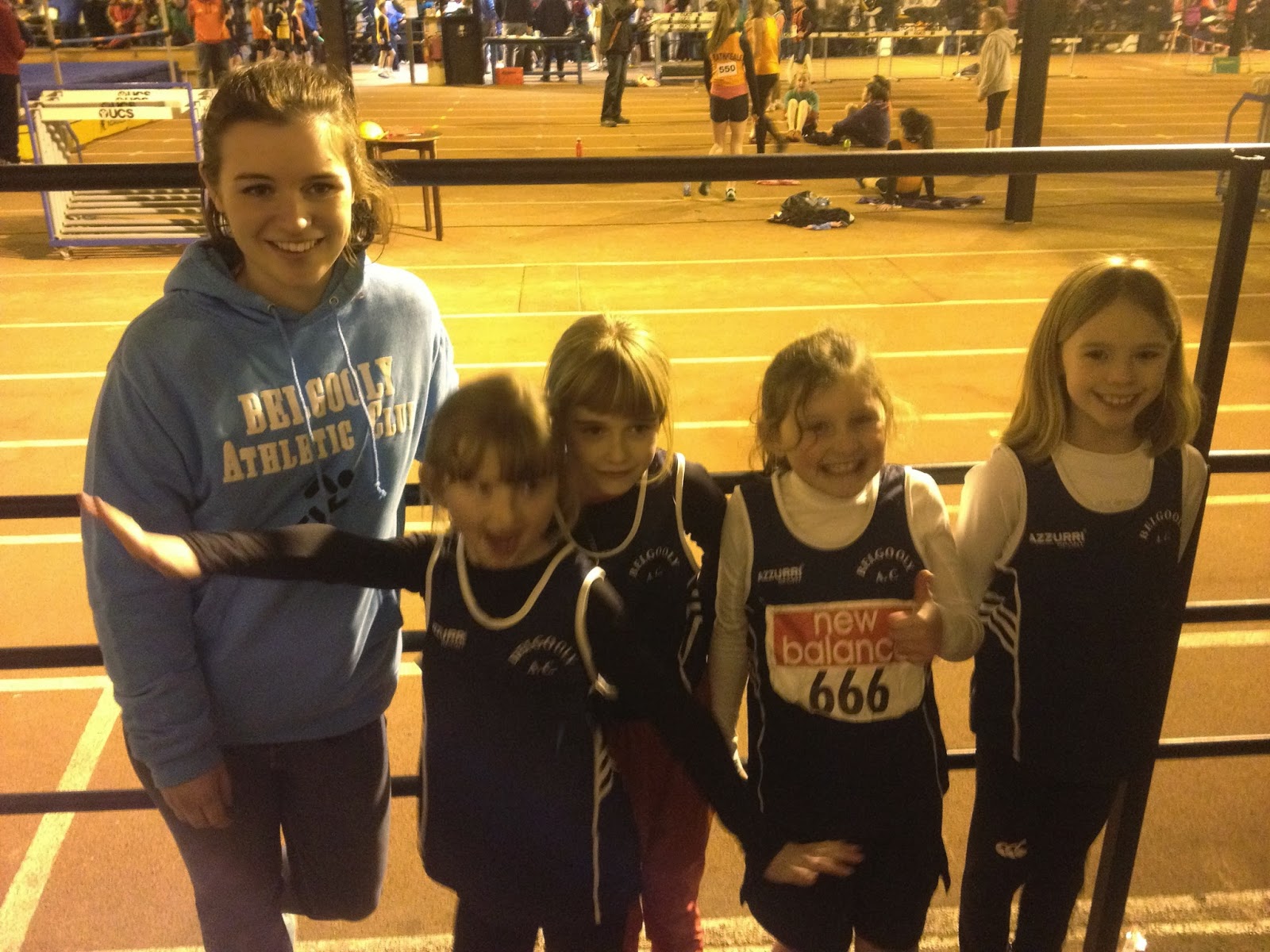 The under 9 girls relay team with Haley Fitzgerald who with Rachel Shorey
provided great help and support to all the young athletes on the day. 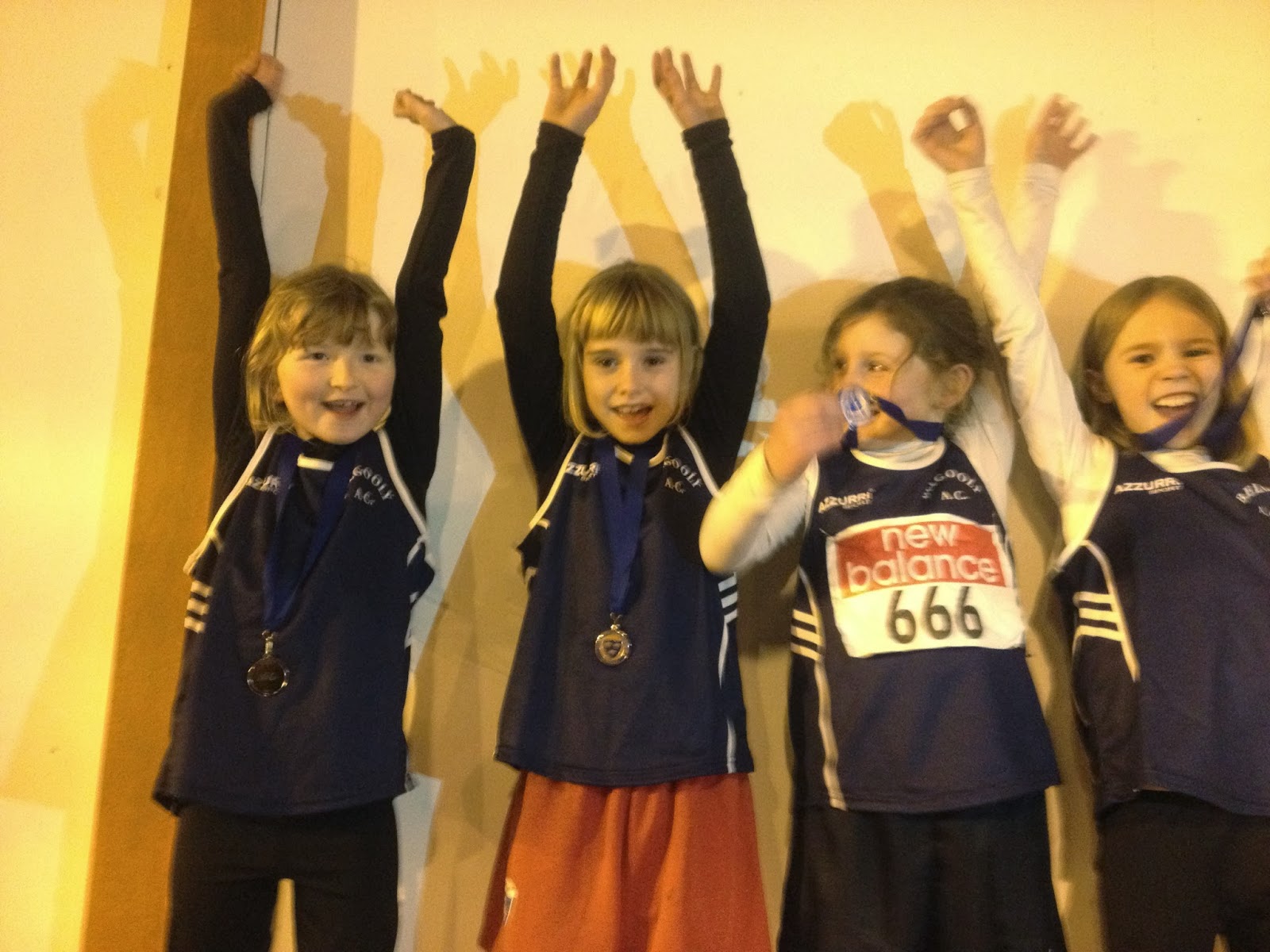 The under 9 girls relay proudly show off their silver medals 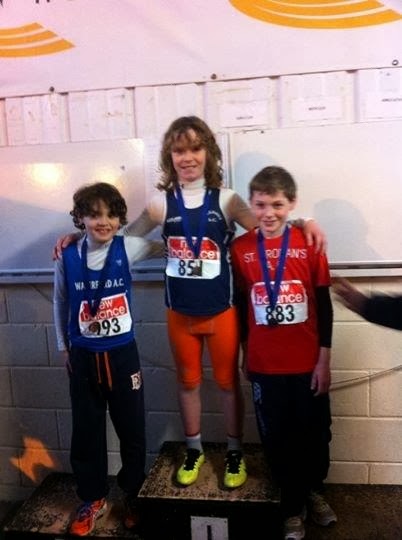 Danny Kelly boys under 11 top of the class in Munster 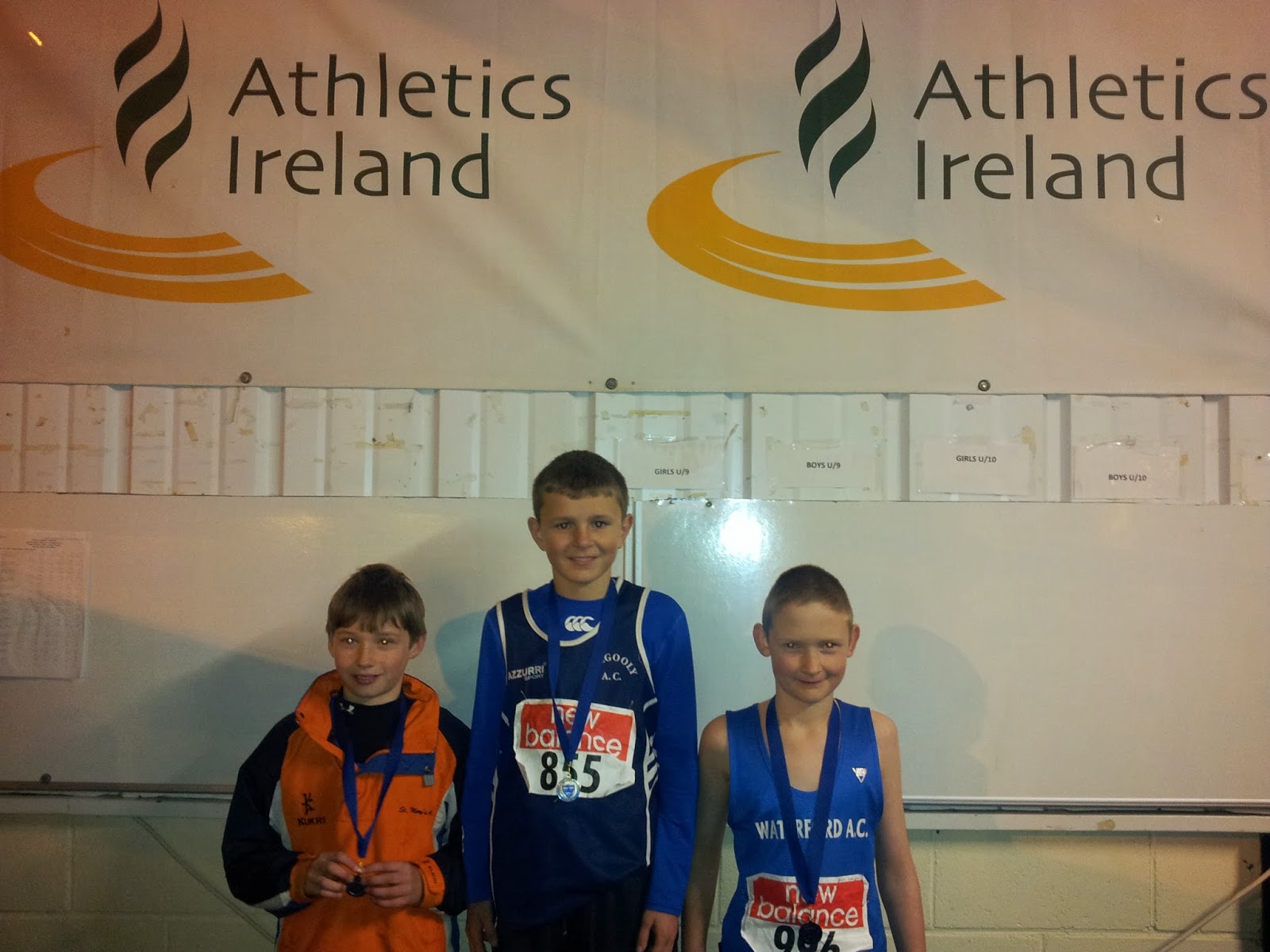 The 2014 indoor track and field season has got of to a great start for Belgooly AC. First competition was the national combined event championships in the Athlone indoor arena. Four athletes took part Grace McKenzie junior girls, Tom Deasy youth boys, Padraig Nash boys under 15 and Erica Deasy girls under 14. All were coming back to competition after a long lay off from illness and injury and preformed very well. The performance of the day was Grace’s  in the junior girls where on her way to the silver medal she had 4 pbs, 9.55s in 60m H, 10.47m in the shot, 1.70m in the high jump and a new over all pentathlon score of 3372.

Next up was the combined event championships and relays in a very cold Nenagh. Belgooly AC had a big entry in the combined events where 10 young athletes were competing in this event for the first time. All did extremely well achieving pbs and laying down a marker for the individual events to come. In the boys under 11 Danny Kelly took gold and Ross Corkery was 5th. In the boys under 12 Eoghain Nash won gold. Others to compete were Alex Cunningham boys under 11, Danielle Carroll, Eva and Una Brice, Clodagh Sheppard, Robyn Foley, Laura Hill and Sinead McCarthy in the girls under 11 Jonny Deasy boys under 12, Erica Deasy girls under 14 and Padraig Nash boys under 15.

In the relay championships Belgooly had teams in the boys under 10, 11 and 12 and the girls under 9 and 11. All teams ran very well but pride of place went to the girls under 9 team of  Hannah Falvey, Louise O’Neill, Abbie Dorney and Amy Sheppard who took the sliver medal in their age group. The boys under 11 team of Danny Kelly, Ross Corkery, Alex Cunningham and Sean Carmody ran a great heat and final and were unlucky to finish 4th.
Posted by Belgooly Athletic Club, Cork
Newer Post Older Post Home